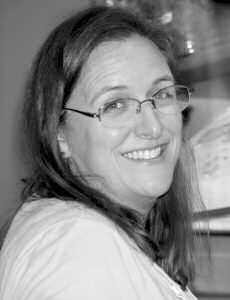 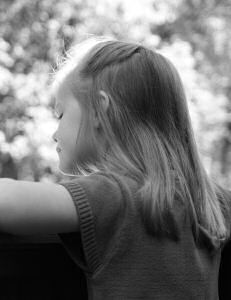 Laz had a bright future ahead of him in science and technology until his life-altering slinky incident. He ended up with a BA in Political Science. In college, he discovered his knack for writing and accidentally became editor-in-chief of the school newspaper. His first jobs were in the newspaper industry as writer and editor. However, he began getting more involved in supporting the computer systems that he was using than actually using them. (This is how he first met Cynthia many years ago.) He eventually left the publishing world for the land of computer support. Laz had several jobs, some for internal IT support and some for outsourcing. He finally decided to go off on his own in 2002 and Geekz, Inc. was born. With a handful of clients who followed him from his previous employers, he has been able to grow the business consistently each year, mainly through referrals.

Laz will be the first to tell you that he just wants to be a geek and fix stuff. He loves the onsite visits to get away from paperwork. He's had a computer since DOS 1.0, and has expertise in Windows operating systems from Windows 95 to the most current OS. In addition, he has extensive experience with server installation and support, building networks, implementing security and remote access, and building Exchange solutions. He likes to acquire the latest tools and gadgets, using the excuse that he needs to learn it to support it for our clients. And after years of resisting, he recently broke down and bought a Mac to play with.

Being an avid reader and news junkie helps keep Laz on top of current news in the computer world. With his positive outlook and lack of fear, he'll just dive in and try new things to learn about them. He believes every problem is solvable and he'll keep at it. He is currently studying to become a Microsoft Certified Small Business Specialist and is also exploring the world of VoIP and PBX systems. He is also expanding his knowledge on server migration and replication, and disaster recovery solutions. Of course, there is always another release from Microsoft to keep up with, so adding all of these to his repertoire is also on his to-do list.

Laz's latest project is setting up a car to race in a demolition derby sometime this summer. Thanks to a neighbor moving away, Geekz is now the proud owner of a 1991 Olds 98 Regency, which Laz will take to Sycamore this racing season. If you'd like to be a sponsor of Team Geekz Racing, just bring a can of spray paint.

Cynthia began her education with the intention of studying graphic design and ended up with a BA in Computer Science — all because a professor said typesetters and hot wax would soon be a thing of the past and everything would be done on computers (how right he was). She merged the two interests when she began her career at Atex as a developer for electronic publishing software for the newspaper industry (which is how she met Laz). She spent the majority of her corporate life at "The Company Formerly Known As Marcam" (which at various times was part of Wonderware, Baan, Invensys, SSA, Infor, and SAP), where she climbed the ladder to application architect for the next generation client/server ERP system. She was responsible for overseeing the design and development of the product, including production, scheduling, inventory, planning, COM, purchasing, quality management, accounting, and financials modules. But after 17 years in the corporate world, Cynthia needed a break and struck out on her own, doing web design/development and custom application work. Her career has come full circle, allowing her to get back in touch with her artistic side, while still keeping that technical edge.

Cynthia has been with Geekz since 2005, when she moved to the Chicago area from Massachusetts. In addition to her consulting projects, she handles the majority of phone calls, administrative work, and marketing for the company. While not as well versed as Laz at lower level hardware, operating system, and network issues, she specializes more in desktop applications and end-user support. She is an expert in Microsoft Office applications, and has created several highly customized templates and integrations with Word, Excel, Access, and Visio. Over the last couple of years doing the bookkeeping for Geekz she has become very proficient at Quickbooks, and has even dabbled in the QB SDK for doing integrations. She also has experience with image-processing and publishing applications such as Paint Shop Pro, Photoshop, and Publisher, to name a few.

During her corporate career Cynthia gained extensive experience in all aspects of small and large-scale software development, including requirements analysis, database/UI/application design and implementation, customer support, project planning and management, documentation, and training. Her many years as an architect honed her writing, teaching, troubleshooting, multi-tasking, and presentation skills. She was also involved in several collaborative side projects, including development of standards and processes, building custom document templates, and developing and supporting an intranet web site, including module sub-sites, a document repository, and discussion groups.

Continuously trying to expand her skills, Cynthia is currently exploring Microsoft Sharepoint, Outlook customizations, and mobile development, in addition to all the new web technology she's trying to keep up with. And she is always picking up useful tidbits for general PC support. She's been a font junkie since interning at a graphic design studio in high school, and enjoys the detailed work of digitally restoring old photos.

Emma is Laz and Cynthia's daughter and by age 3 was already finding her way around a computer and tablet. She's learning the lingo and practices answering the phone. We hope to have her running the office by the time she's 7 (too ambitious?). She's quickly becoming our resident Mac expert, being the only one with a Mac in the office. When she's online, she visits her favorite sites: nickjr, pbskids, abcmouse, and disneyjr. Her hobbies include drawing and crafting, gardening, and playing with dolls.